Conveyor weighing systems are intended for industrial weighing applications that require heavier loads under a variety of environmental conditions. The system design weighs materials while being transported on conveyor belts. Functionally, the scales, commonly referred to as conveyor belt scales or simply belt scales, are built into the conveyor belt to weigh items on the conveyor belt while it is in motion. The system not only weighs goods or material but can determine the speed at which the goods or material is conveyed over a specific period of time.

How To Make the Most Out of Your Conveyor Weighing Systems

In addition to determining value, a conveyor weighing system offers industries efficiency and allows labor to focus on production rather than what would otherwise be labor-intensive and costly work. It is simply inconvenient, time-consuming and ineffective to pick objects off a conveyor belt, weigh them individually, and return them to the conveyor. In some instances, such as moving bulk material, it is not even possible to remove the material from the conveyor belt. Conveyor weighing systems are more efficient and cost-effective by providing simpler working methods that streamline production.

Conveyor weighing system applications are used by industries that produce goods and commodities. They offer more than efficiency to industries. Advantages such as low operating costs, precision weighing, and an increased throughput make belt scale applications ideal for production and, in doing so, offer companies a competitive edge. Weighing systems can be used for packaged or unpackaged products, and can be designed to meet the demands of any specific environmental conditions—inside or outside—while keeping the production line moving.

The system operation is intended to weigh any product in conveyance such as cartons, boxes, cans, bottles, or bulk items. Whether for light or heavy load applications, conveyor weighing systems support a wide range of industries. Such belt scales are necessary for weighing aggregate materials even in harsh environments.

The systems are also designed for smaller goods production lines in warehouse settings or for use in sanitary environments. Conveyor belt scales are widely used in agro-food and beverage production and packaging industries. Food products need conveyor weighing systems manufactured to meet specific state and federal regulations that necessitate stringent sanitary requirements. Weighing systems are also important to the food and beverage industry for process control of products and packaging. Shipping, receiving and inventory management also benefit from such systems.

How Your Company Can Increase Productivity on the Line

Conveyor weighing systems offer flexible in-motion weighing that offer efficiency and accuracy for companies, provide an increase in their productivity, which can yield higher company profits. Belt scales are versatile, support a variety of industries, accurately weighing products ranging from packaged food and beverages to bulky aggregate materials such as cement and coal. Contact the professionals at Worcester Scale today for more information!

This site uses Akismet to reduce spam. Learn how your comment data is processed. 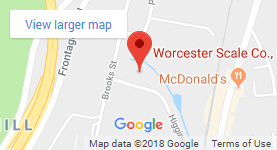